Gentle Chiropractic With the Activator Method

Chiropractic Therapy Without Twists or Pops

Chiropractic therapy has been used to treat people with back problems for thousands of years in many parts of the world, including Indonesia, Asia, Russia and Norway. Writings from China were found to contain procedures to manipulate the spine and legs to ease back pain as far back as 2700 B.C. Today there are over 100 types of spinal adjustments that are practiced by chiropractors worldwide.

A relatively new method is now being used in the business of chiropractic treatment. It is called the Activator Method, which uses a device called an Activator. An Activator is a small hand held, spring-loaded instrument that delivers a quick, low force impulse to the spine. There are several types of Activator instruments on the market. The beginner instrument, the more advanced spring loaded instruments and mechanical, cordless instruments.

The Activator chiropractic technique is a treatment system used by many chiropractors to treat several types of back pain, neck pain and headaches. The Activator technique is done by first having the patient lie down in a prone position. Then the chiropractor conducts a series of muscle tests, such as having the patient move their arms in several different positions to activate the muscles attached to specific vertebrae. Next, an evaluation of apparent leg length is performed because usually one leg will seem to be shorter than the other. If leg lengths are not equal, that is an indicator that the problem is located at the vertebrae. The chiropractor is then able to treat the problem by moving progressively along the spine, starting at the feet and moving towards the head.

There are indeed benefits of the Activator method when used for chiropractic therapy. There exists case studies, case series and clinical trials that suggest patients do experience positive, meaningful benefits when treated for back pain using the Activator Method. Significant improvements were documented in patients seeking lower back pain treatment, as well as acute neck pain and disorders in the trapezius muscle. 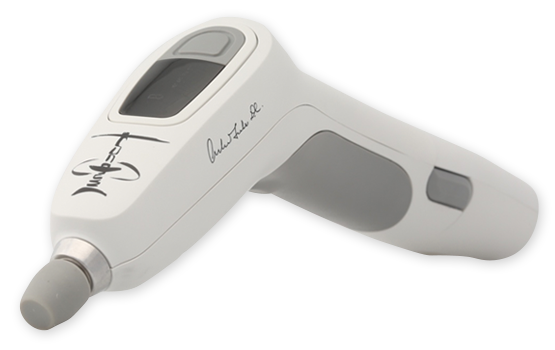 If you're looking for an experienced chiropractor, make sure to visit Tucker Chiropractic. Dr. Tucker, a Gainesville chiropractor, utilizes only the Activator Method for chiropractic treatment. He will pinpoint the exact location of your pain and treat it with the Activator Adjusting Instrument, eliminating the twisting, popping and cracking normally associated with the treatment of back pain. Dr. Tucker has been practicing in Gainesville, FL, for more than 30 years, and has performed over 100,000 individual treatments on patients, including patients as old as 93 and as young as 2 weeks old.

Call the number below to schedule an appointment.